The Beginning Of The IRS 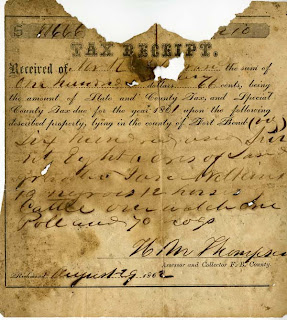 
The Revenue Act of 1861 was the first Federal Income Tax law. It was passed as a means to fund the Civil War. It stated that an income tax was to be “levied, collected, and paid, upon the annual income of every person residing in the United States, whether such income is derived from any kind of property, or from any profession, trade, employment, or vocation carried on in the Unite States or elsewhere, or from any other source.” Any income over $800 was taxed at 3%, unless the person was living outside of the United States in which case they were taxed at 5%.

This flat rate tax was repealed in 1862 and replaced by a progressive tax. This replacement the “Revenue Act of 1862” was also meant to be temporary, expiring in 1866.
Posted by LivingInVermont at 5:55 AM